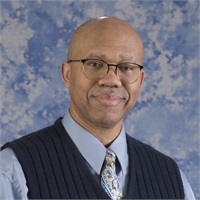 Eric L Culpepper - has extensive experience in managing client corporate accounts. He worked several years as a Major Account Executive with Xerox Corporation (Copier Giant) and was very successful in managing both small, large scale companies as well as municipalities. He contributes his personal success to being detailed, organized and customer centrist.

As a young child he had exceptional artistic abilities and was inducted into the school of gifted arts winning several scholastic achievement awards, to this day his creative mind and concepts allows his out of the box approaches to revolutionary changes.

He has served in two military branches of service first the Navy as a technical gunner’s mate of guns (GMG) where he earned the battle efficiency three years consecutively, and also the Army National Guard where he earned several meritorious awards and honors of valor.

He earned his degree in Marketing Management through his military service and since went on to work at several companies and establish many successful enterprises. He is married to his high school sweetheart of 30 years with six adult children. Residing in Bridgeport Michigan